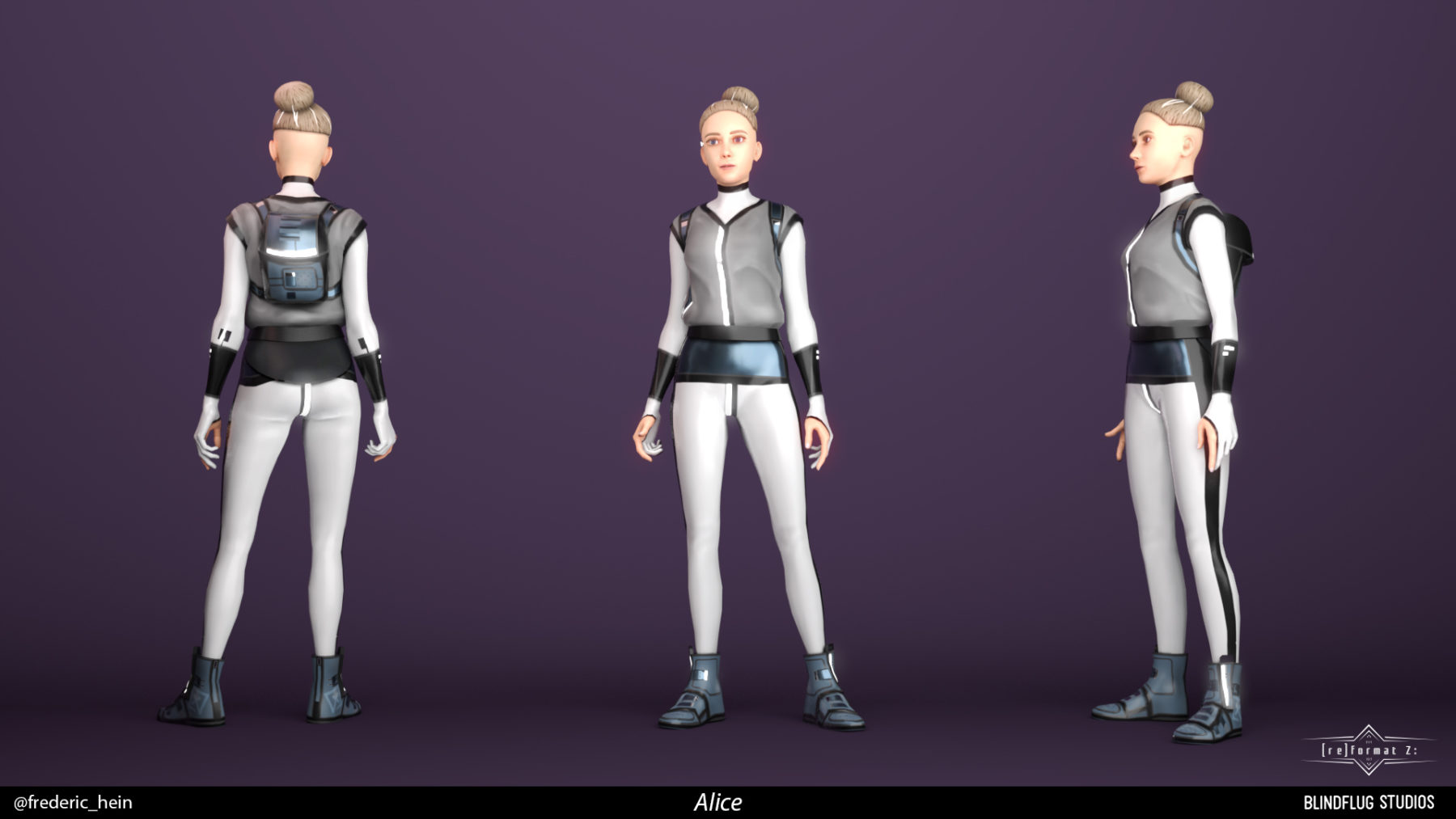 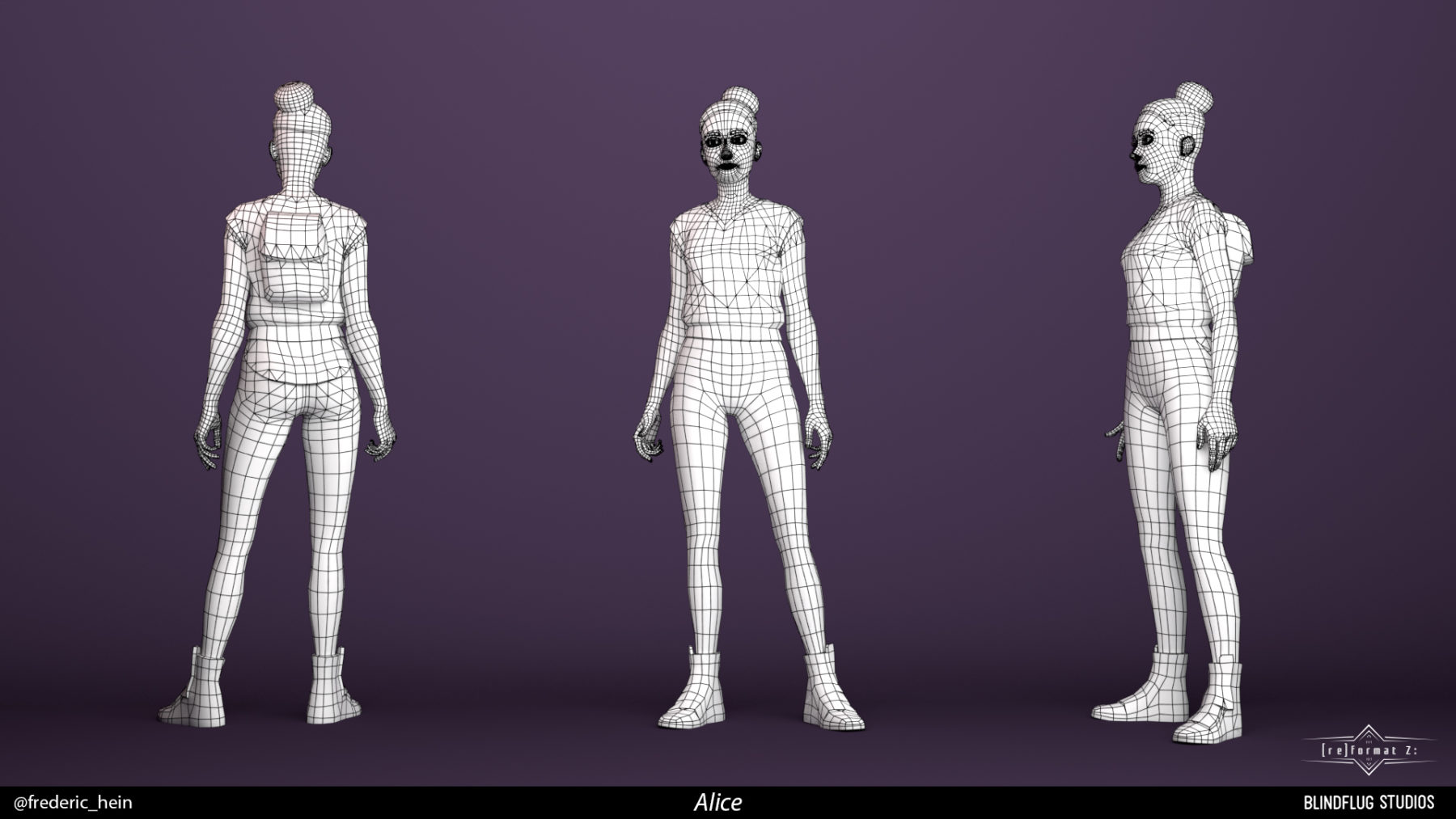 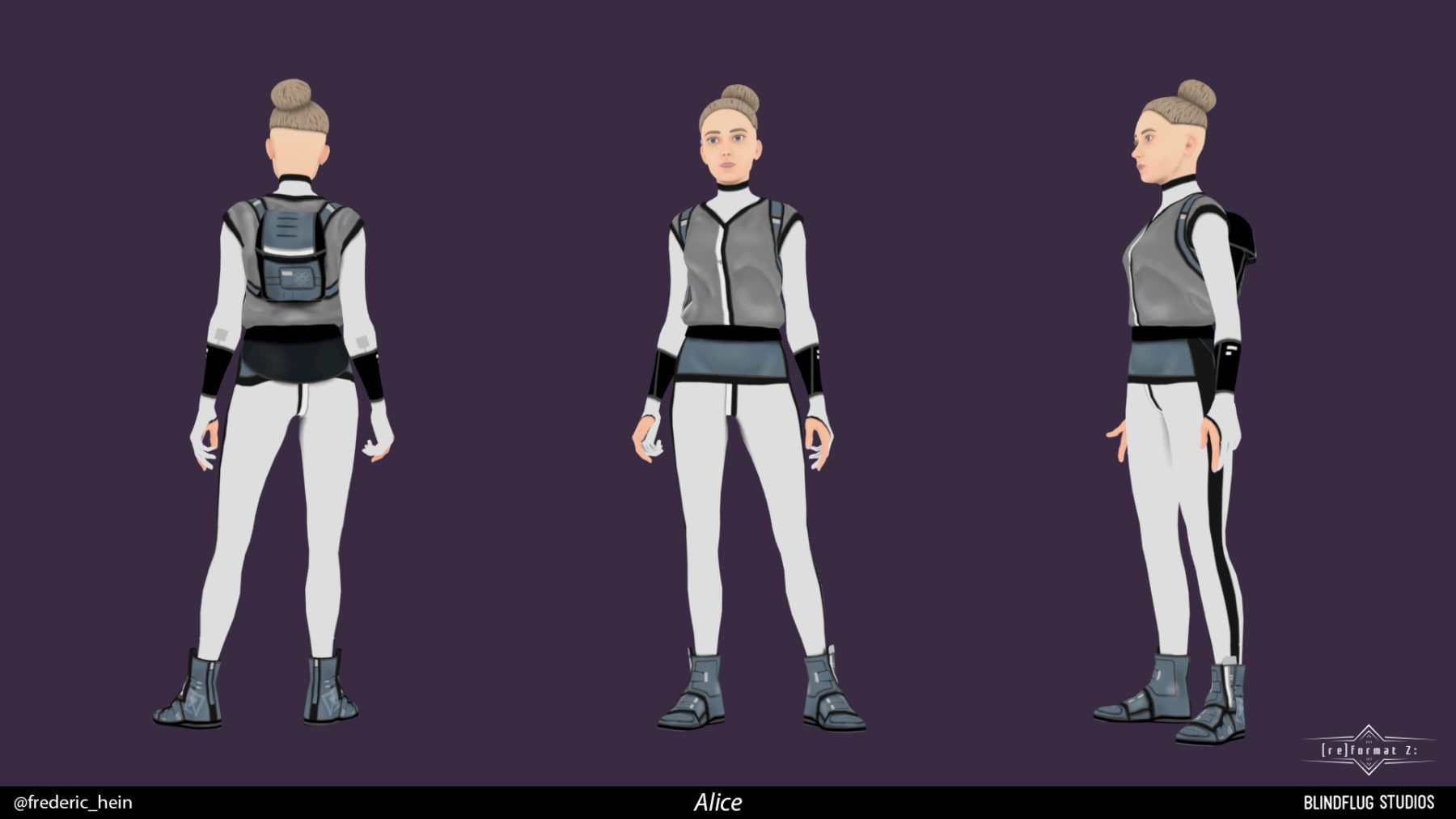 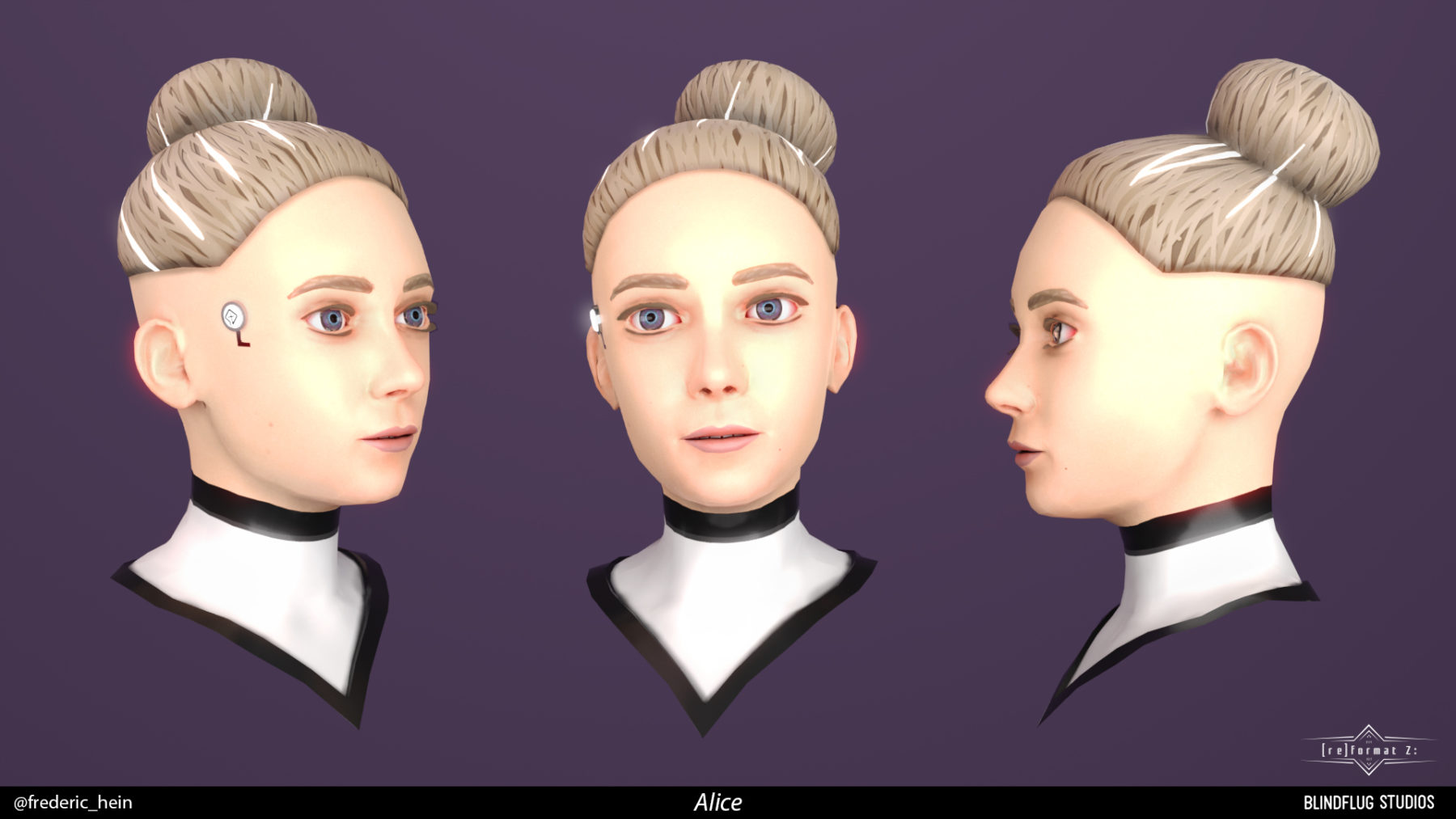 (re)format Z: is an adventure game for iOS and Android, to be released in November 2017 by Blindflug Studios.

Responsibilities I had during development:
– Leading the team working on the project
– Developing story, background and art direction
– Organizing resources and schedules of the project
– Communication of the project vision inside and outside of the studio
– Concepting, sculpting, retopology, UV-Mapping, texturing and rigging of the main character
– Lighting the environments and characters
– Implementation of assets and animations into Unity