Tomorrow we‘re going to release Airheart for Mac/PC and PlayStation 4, so I‘ll continue posting some Airheart things! .
This design was called the „Rammer“. Bullish and ready to just fly into its target to deal the damage. That‘s the reason why the front is so bulky and the wings are equipped with spiky shields.

During development it was possible to shoot the shields of the wings into the enemies, but we cut that because of some game design changes. I still miss it! ^^ 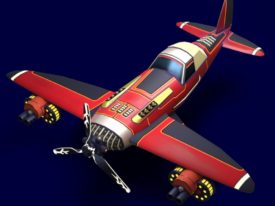 The „Hunter“ was designed for an offensive playstyle; it should look aggressive and threatening. If I remember correctly, the inspiration... 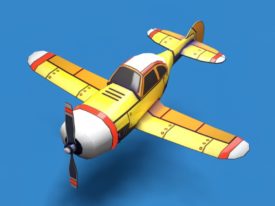 This is your first airplane in Airheart, codename „Starter“. .The design philosophy behind it was that it should be something... 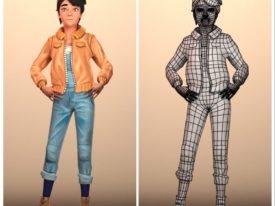 Side by side of Amelia together with her wireframe self. Oh and here she‘s got her pilot jacket on! The...