The 3D model of Amelia is based on a sculpt I did in my free time; a model of Bulma from Dragon Ball.

To adjust it a bit to the style we had for Cloud Chasers I put her into Modo together with the younger Amelia, and adjusted her slightly. .

The biggest difference of Amelias final body was the size of her head. It‘s not as big as the one of younger Amelia, but slightly bigger than Bulma‘s head.

The Bulma model was based on an illustration by an artist called pomodorosa. 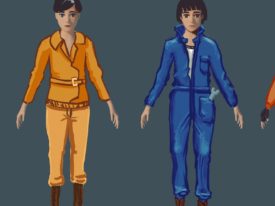 Concept art for Amelia to find out which outfit and hairstyle we wanted for her. I sculpted a rough version... 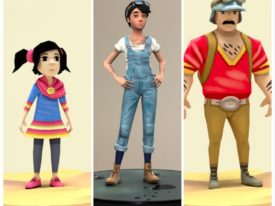 Here you can see Amelia next to her younger version & her father. Can you see how she wears the... 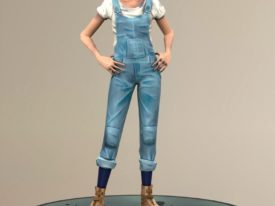 Amelia from #airheartgame – created back in 2016. This was the second time I designed her, the first time was...